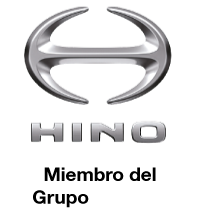 Milestones prior to establishment

2003
The light duty hybrid truck was launched, conforming to new stricter regulations on exhaust emissions, effective as of 2005.